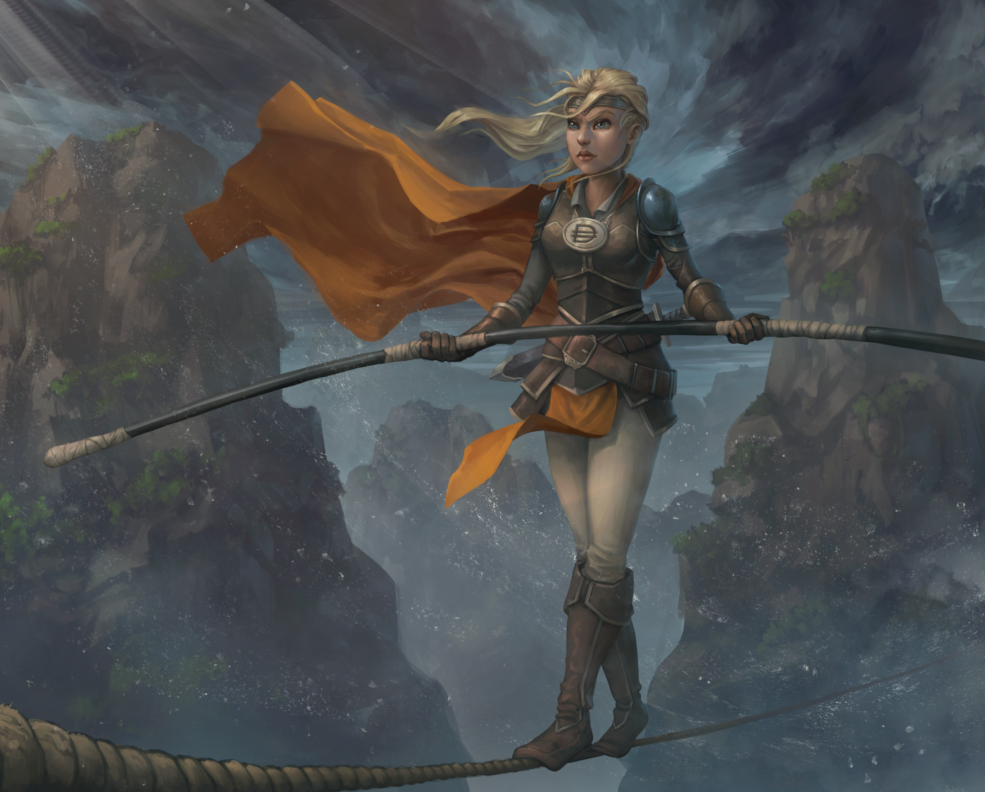 A few weeks ago we announced the start of the collaboration between MakerDAO and Spells of Genesis (SoG). For two months in a row, the top SoG players were rewarded with Dai stable coin, in addition to the regular blockchain and in-game leaderboard rewards.

Now we are happy to announce that we’re releasing a brand new blockchain card, designed exclusively for MakerDAO. The  will be sold for a limited period of 1 week, starting from Tuesday, October 6th.

Issued in a limited supply of 400 units, the “Dai Ropewalker” card will be sold for 20 DAI, payable in Dai only. Follow us on Twitter and Telegram not to miss the beginning of the sale!

We issued 400 units of DAICARD on Counterparty (CP). These cards will be kept as a reserve until the end of the sale (October 13). During the 1-week sale you will be able to buy your copy of the “Dai Ropewalker”card issued on Ethereum. Maximum of 400 copies of the card can be purchased.

At the end of the sale, we will “swap”  (by sending at the special swap/burn address) the same amount of CP assets as the number of the Ethereum ones that were sold. Let’s say that from the total available supply of 400 units only 200 units (Ethereum assets) were sold. We will swap 200 CP assets, which leaves us with 200 Ethereum assets in circulation and 200 CP assets as “stock”.

We will also destroy 90% of the remaining supply, which means that the card will become more scarce and the cards you’ve bought will increase in value. Given the example above, we’d burn (destroy) another 180 CP cards (representing 90% of the 200 remaining cards).

Thus, in total, only 220 units of “Dai Ropewalker” card, across two different blockchains, will exist, instead of the initial 400 units.